The port at Duke Town would have been busy with traders and other traffic as she arrived, but extremely different from the whaling and textile port of Dundee that she was familiar with. The blazing sunshine, tropical greenery and very different smells and sounds would have been an overwhelming contrast to what she was accustomed to. Mud huts of different sizes with woven roofs were the main form of housing.

The mission at Calabar had been established in 1846, so by the time Mary Slessor arrived there in 1876 it was a thriving place with many missionaries and other staff. Some of those who were there to greet her on her arrival had been in Duke Town for many years.

Mary set to work quickly teaching the children and working in the dispensary. She began to learn the local language, Efik, so that she could communicate with the local people. With red hair, blue eyes and a strong Dundonian accent, she would have stood out among the other missionary workers.

She soon began to adapt to the new environment, abandoning some of the Victorian dress styles which missionaries from Britain still wore, but were impractical for active work in a hot climate and she cut her hair short. She also ate the local food. Many missionaries ate food which had been transported from Britain, but this was expensive. She was sending money from her missionary salary back to Dundee to support her mother and two sisters and so tried to save as much as possible. 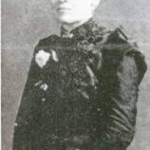 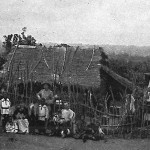 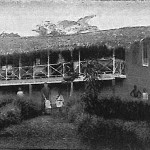