By 1914 Mary Slessor was 66 and suffering from increasing ill health and disability following years of hardship and continual demanding work in a tropical climate. She had suffered many bouts of malaria as well as other tropical diseases and had often gone without food in difficult times, both while growing up in Dundee and as a missionary. All of these hardships had taken their toll on her physically, she died on 13 January 1915 in the village of Use, with many of her children at her side.

There was widespread mourning at her death and she was given a state funeral by the British in Calabar attended by people who had travelled many miles from their villages. She was buried in the cemetery in Duke Town. A large cross of granite from Scotland marks her grave.

Mary Slessor was very well known across the Calabar region by the time of her death due to the number of people she had worked with and helped. Her teaching, caring and nursing skills and ability to sort out local disputes in a just manner, made her much more than a missionary. Her role as vice-consul and magistrate had brought her to the attention of British government officials across the region and back home.

Her dedication to the people of Calabar and respect and support for them as individuals, having genuine concern for their welfare, was a completely new experience for them. Her work to try to stop twin murders, rescue abandoned children, improve the lives of women and develop trade links between tribes, made a huge impact on the future development of the country. 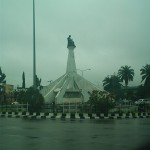 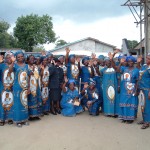 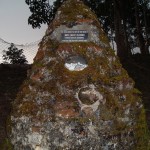 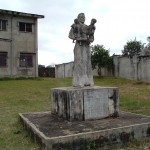 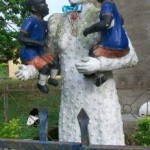 In Nigeria there are many reminders of Mary Slessor, statues of her holding twins, roads, streets and hospitals named after her. Similarly in Britain streets are named after her in several cities including Coventry, Dundee and Glasgow.

A commemorative stained glass window depicting scenes from her life was commissioned and installed in 1923 in the building which is now The McManus, Dundee’s Art Gallery & Museum. Many books were written about her life and commemorations held on significant anniversaries.

On the 13th January 2015, a newly commissioned memorial to Mary Slessor was unveiled in Dundee outside The Steeple Church on the 100th anniversary of her death.