One of the most harrowing customs that Mary encountered in this particular part of Africa was in relation to the birth of twins. It was considered that when twins were born, one of them was the child of the devil and as it wasn’t known which twin this was, they both had to be killed. The mothers were then ostracized and banished from their community with no means of support. The rescuing, protection and raising of surviving and abandoned twins and their mothers became one of Mary’s key roles in her work in Africa as well as working to change the culture and beliefs that were held in relation to twins.

Mary adopted some of the abandoned twins as her own. The first of these was Janie whose twin had been killed. Part of the role of a missionary was to look after the local children and teach them reading and writing to enable them to learn bible stories, however they were not encouraged by the mission societies who employed them to adopt them into their own family. Mary, always following her instincts, ignored this rule and is known to have adopted nine rescued children. They became her family and helped her in her work as she gradually worked as the only missionary in more remote parts of Calabar. 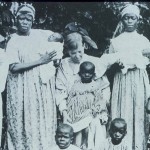 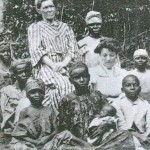 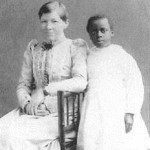