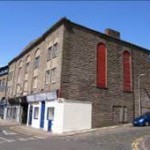 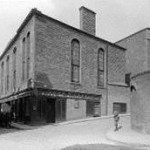 In her twenties, Mary volunteered to teach at a new Dundee mission in Queen Street, in one of the poor areas of the city. Bible study was taught and what would be considered a youth group nowadays was organized with trips to the country for the local children to give them some respite from their daily lives. Her sense of humour and down to earth approach made her a popular teacher. Her own experience of growing up in poverty and deprivation meant she could relate well to the local children and understood what their lives were like.

Many churches in Scotland had strong links with their foreign missions across the world. It was considered an important role for congregations to raise funds and support missionary work. There was a constant demand for people with different skills including teaching and the trades (carpenters, printers, builders etc.) to volunteer to undertake work in the foreign missions.

The Slessor family attended the United Free Presbyterian, Wishart Church in the Cowgate area of Dundee. Mary’s mother was a devout Christian woman who felt it was important to send missionaries to remote parts of the world. So despite the family’s difficult circumstances, she was keen for her children to consider this work, even though in general, recruits to the missions tended to be from better off families.

The Wishart Church was linked to the Calabar Mission in West Africa, an area we now know as Southern Nigeria. Churches published monthly magazines to keep congregations informed about work in the missions. Hearing about life in what were then very remote and unimaginable parts of the world such as Africa, Jamaica and China was a revelation to people back in Scotland in the 1850s and these were read avidly. Large sums of money were raised by local congregations to support missionary work and these sums were listed for each parish in magazines such as The Missionary Record and The Women’s Missionary Magazine.